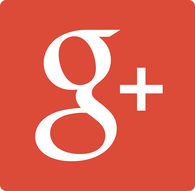 ​In case you haven’t heard, Google is shutting down the consumer version of Google+ in the coming months.  We knew this was coming, but Google didn’t share the actual date with us until recently. We now know that this network will shut down on April 2, 2019.

Why are they doing this?
In October, Google announced that they’d be shutting down the consumer version of Google+ “because of the significant challenges involved in maintaining a successful product that meets consumers’ expectations, as well as the platform’s low usage.” This was announced after they fixed a security flaw that allowed third-party developers to access Google+ user profile data for as long as 3 years.

In December, Google provided the update that they’d be expediting these changes. In their announcement, they explain, “We’ve recently determined that some users were impacted by a software update introduced in November that contained a bug affecting a Google+ API. We discovered this bug as part of our standard and ongoing testing procedures and fixed it within a week of it being introduced. No third party compromised our systems, and we have no evidence that the app developers that inadvertently had this access for six days were aware of it or misused it in any way. With the discovery of this new bug, we have decided to expedite the shut-down of all Google+ APIs; this will occur within the next 90 days. In addition, we have also decided to accelerate the sunsetting of consumer Google+ from August 2019 to April 2019. While we recognize there are implications for developers, we want to ensure the protection of our users.”

What does this mean for you?
On April 2, 2019, your Google+ accounts and any Google+ pages you created will be shut down and your content will begin to be deleted. This process will take a few months, and during this time, parts of your account may remain visible until the process is completed.

What do you need to do?
Before April, Google is encouraging consumers to take action by saving the content on their Google+ pages.  They provide download instructions which explain how to download and save your content, and they also have a list of FAQs if you need more information.

Another step you may want to take is to let your followers know where they can find your content after the shutdown takes place. This can be a post on Google+ that lists other ways to stay in touch including your other social channels, website and blog.

Lastly, many of you probably have G+ as a social sharing option on your website. If so, that should be removed as soon as possible. For example:

If you have any questions or need more guidance on this topic, feel free to contact us here.

Back to top ↑
We use cookies on our website to give you the most relevant experience by remembering your preferences and repeat visits. By clicking “Accept All”, you consent to the use of ALL the cookies. However, you may visit "Cookie Settings" to provide a controlled consent.
Cookie SettingsAccept All
Manage consent

This website uses cookies to improve your experience while you navigate through the website. Out of these, the cookies that are categorized as necessary are stored on your browser as they are essential for the working of basic functionalities of the website. We also use third-party cookies that help us analyze and understand how you use this website. These cookies will be stored in your browser only with your consent. You also have the option to opt-out of these cookies. But opting out of some of these cookies may affect your browsing experience.
Necessary Always Enabled
Necessary cookies are absolutely essential for the website to function properly. These cookies ensure basic functionalities and security features of the website, anonymously.
Functional
Functional cookies help to perform certain functionalities like sharing the content of the website on social media platforms, collect feedbacks, and other third-party features.
Performance
Performance cookies are used to understand and analyze the key performance indexes of the website which helps in delivering a better user experience for the visitors.
Analytics
Analytical cookies are used to understand how visitors interact with the website. These cookies help provide information on metrics the number of visitors, bounce rate, traffic source, etc.
Advertisement
Advertisement cookies are used to provide visitors with relevant ads and marketing campaigns. These cookies track visitors across websites and collect information to provide customized ads.
Others
Other uncategorized cookies are those that are being analyzed and have not been classified into a category as yet.
SAVE & ACCEPT